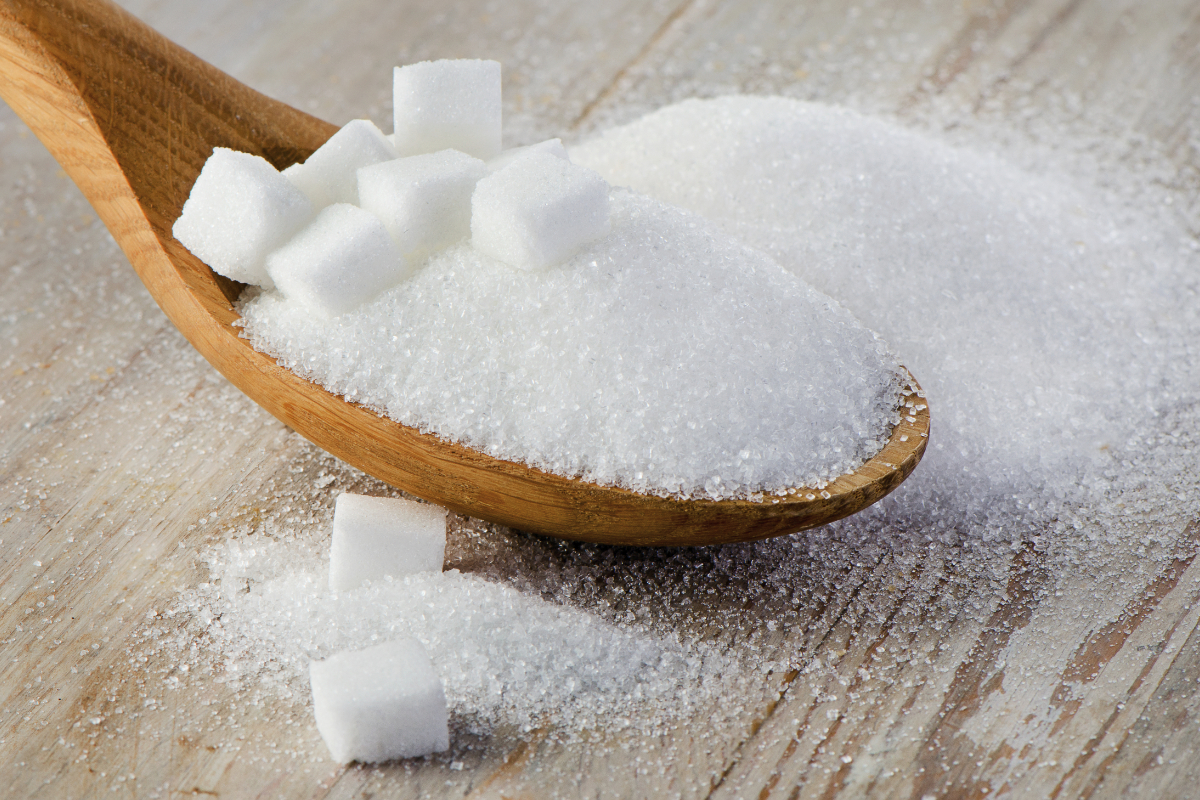 Sugar is the new Crack.

We’ve been told that SUGAR causes cavities and sugar replacements are “healthy”.

We were lied to.

Sugar DOES NOT cause cavities (directly), but it can lead to tooth decay.

ACID is what actually causes cavities. And bacteria in the oral cavity can produce these acids as a byproduct of sugar. In fact, in the absence of these sugar-loving bacteria, Strep Mutans and Lactobacillus species, decay is unlikely.

Unlikely, but not impossible. There are other sources of acid like stomach acid and foods that can, even without bacteria or sugar, cause cavities.

One thing we know for sure is that sugar consumption facilitates the growth of the very bacteria that can use it to produce acid and hence, cavities!

If you were told that, on average, Americans consume over 22 teaspoons of sugar a day, would you be surprised? Well it’s true.

Yes, that was published in a 2005 study. It’s even higher today, over 100 lbs of sugar per person per year in the US.

From 1970 to 2005, sugar in the American diet increased 19%, directly impacting the epidemics of obesity, diabetes and tooth decay. Between 1988 and 2012 the prevalence of Type 2 diabetes rose a whopping 25% in both obese and normal weight populations. 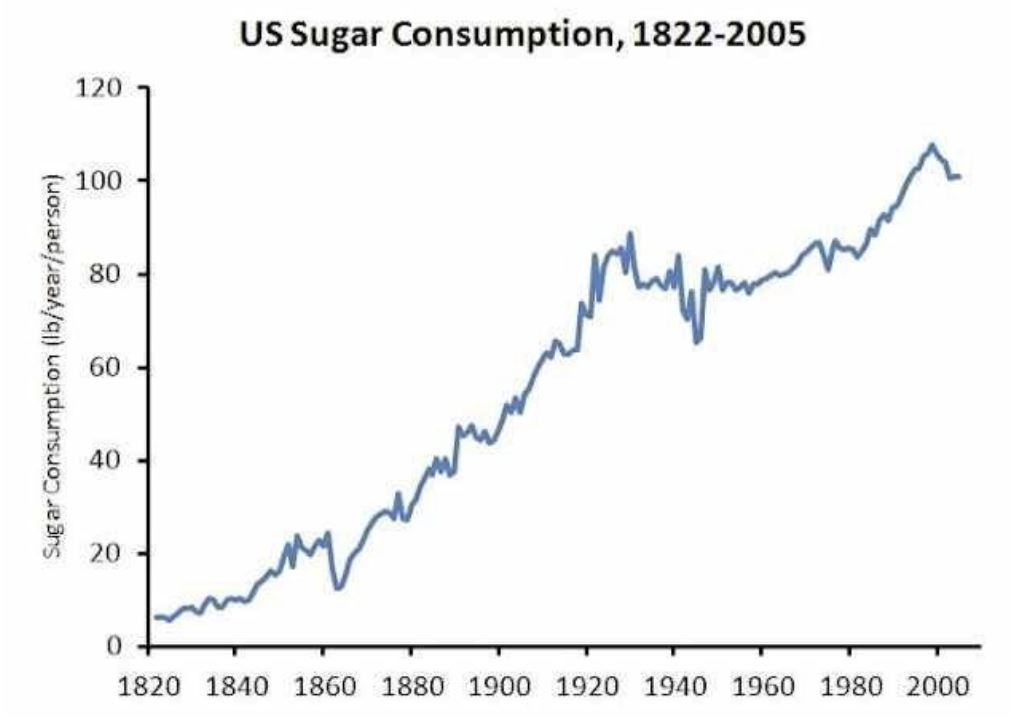 Sugar stimulates the pleasure receptors of the brain much like crack cocaine and heroin does.

In fact, a study by Ahmed, Guillem and Vandalee, published in 2013 showed that on a neurobiological level, sugar is actually more powerful (robust) than cocaine and is even more rewarding and attractive.

Cocaine addicted rats were willing to forgo their fix of cocaine in favor of Oreos! YUM. That’s just how addictive sugar is.

Diabetes and obesity are major contributors to the USA’s $3.2 Trillion expenditure on healthcare in 2015. That’s nearly $10,000 per person, per year and 18% of our GDP. Compare that to the next highest industrialized country, France, which is at 11% and the U.K. at 8.8%.

Hmmm, could our addiction to sugar be the cause?

The bacteria in our mouth process the carbohydrates, produce acid and the result is decay. Plus, sugars and refined carbs actually change the makeup of the bacteria in the mouth, what is called the Microbiome.

It’s a combination of the Microbiome of your mouth, the acid coming into your mouth from either food or from your stomach (heartburn or reflux), the hardness of your teeth and the quantity and makeup of your saliva that factors into whether you’ll get decay.

There’s a possible solution to a dry mouth, a bad Microbiome and a sweet tooth. XYLITOL.

This natural, alcohol sugar changes the bacteria in the mouth, promoting safe bacteria and discouraging harmful ones from congregating. Plus, used in gum or sucking candies, Xylitol promotes saliva flow, which also helps reduce decay, remineralizing teeth and even fights gum disease. It also has a higher glycemic index than regular sugars.

Xylitol has been approved by the U.S.’s FDA, the World Health Organization and the European Union’s Scientific Committee for Food.

One caveat. Like chocolate, Xylitol is dangerous for dogs, so keep the stuff away from Fido.

Funny enough, Theobromine, which is included in Linamel Toothpaste, is an extract from chocolate.

So cut down on the sugars, not only are they bad for your overall health including causing obesity, diabetes, heart disease and other maladies, but sugar also leads to tooth decay, which means more frequent trips to your dentist!